ABOUT US
PPG AS A COMPANY

In 2011 Plymouth Performance Gym opened its doors and we quickly established ourselves as the pioneers of functional, results based training in the South West. We achieve exceptional results with our community of clients and are extremely proud of the reputation that we’ve built up across the country. However, over the years we grew frustrated with the service we were able to provide operating as a conventional “gym”. Our clients were happy but we felt that with some adjustments we would be able to take all of our experience and knowledge and make our results even more dramatic. So we decided to make some big changes.  We stripped out everything that could distract us from providing the most in depth and effective service to our clients. We moved to a new location which is perfectly suited to the service which we wanted to provide and are excited to be leading the way in providing personal training for fat loss and strength and conditioning for athletes once again! We are now able to offer an unparalleled service to each and every one of our clients. You won’t find a more comprehensive level of support, knowledge and technology anywhere in the south west to guide you on your journey towards physical excellence.  Plymouth Performance Gym can now provide anyone with the motivation to succeed the environment in which to achieve that success. Get in touch to start your journey with Plymouth premiere personal training and sports performance studio now. 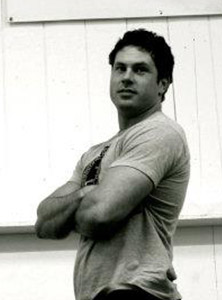 Will’s passion for sport and physical activity led him to follow his dream of joining the Royal Marine Commandos and in 2005 began training as an Officer on one of the most gruelling military courses in the world.

During training Will developed a rare and incurable bone disease in his wrist which ultimately led to the end of his dream and a medical discharge.

Unable to use his left hand and wrist (he’s left handed!) and desperate to regain his strength Will sought out treatment from orthopaedic surgeons, physios, acupuncturists and everyone in between! Ultimately, following surgery to remove nerves from the damaged area, their advice was all the same “give up on pursuing physical challenges and accept a more ‘sedentary’ lifestyle”. Instead, he began to seek out every bit of information he could on training, determined to regain and ultimately exceed my previous levels of strength and fitness.

Despite having achieved a high level of fitness prior to his diagnosis, Will was fascinated by the science behind conditioning the body and the seemingly staggering possibilities for strength, power and fitness gains that could be achieved with their proper application. He began to experiment on himself using the information he’s found in countless books, journals and on websites. Slowly but surely Will managed to regain and then surpass his previous physical abilities.

The pursuit of physical excellence became Will’s passion. He sought out experts in strengthening and conditioning the body, interning with coaches and nutritionists who had helped some of the best athletes in the world to achieve their goals. His journey led him to Plymouth and a degree in Strength, Conditioning and Sports Coaching, then on to becoming a certified member of the UK Strength and Conditioning Association. Will has worked with a range of athletes from professional boxers and basketball players to nationally ranked youth tennis players, MMA fighters, rugby players, England youth squad football players and general fitness enthusiasts.

Guy started his journey to become a Strength and Conditioning coach in 2012 by shadowing William Badenoch; the UKSCA accredited coach and owner of Plymouth Performance Gym (PPG). During his years of study, he continued to work at PPG helping deliver training and was promoted to management. He also completed two internships and was highly regarded in both, namely: lead strength and conditioning coach for Plymouth Raiders basketball team and assistant S&C coach for Leverton Williams youth tennis academy. In 2015 he graduated with a Bachelor of Science 1st class with honours and received a first for his dissertation; studying the effects of accommodated resistance training on post activation potentiation.

He is also an accredited heart rate variability trainer, certified by Joel Jamieson, world renowned S&C coach and is now working towards NSCA accreditation. Upon completion of his degree he started the successful coaching and programming company Servis Strength. The biggest step in his journey so far is becoming co-owner of Plymouth Performance Gym and continuing his dream of making top level strength, conditioning and programming accessible to everybody. His passion for demonstrating strength takes the form of competitive Strongman and he has aspirations of competing nationally and internationally. He is also an avid believer in continued learning and CPD. 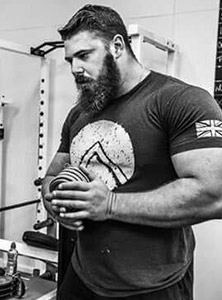 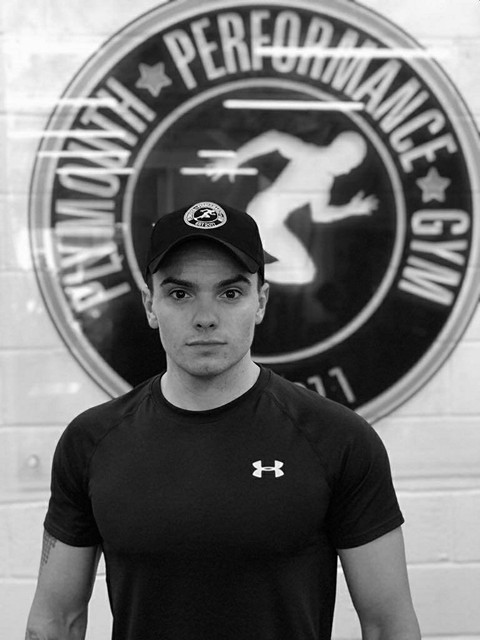 Brad studied Strength and Conditioning at Plymouth University achieving a first-class degree before furthering his studies with an additional degree in Health and Fitness.

Brad has a passion for both competing and coaching in various sports, from improving his own squat from 140kgs to 200kgs naturally in 5 months using his knowledge of programming whilst competing in the British Drug Free Powerlifting Association at national level to competing in physique body building, changing his body composition from powerlifter to conditioned physique athlete using a combination of effective programming and tailored nutrition.

Currently Brad is focusing his training to improve his rugby performances. He has coached a range of athletes from sprinters, tennis players to strength athletes providing specialised programming and technical analysis of exercises. Additionally Brad has provided nutritional advice for athletic performance. He has also had the opportunity to experience elite coaching methods first-hand when shadowing the performance team at Bath Rugby Club on numerous occasions.